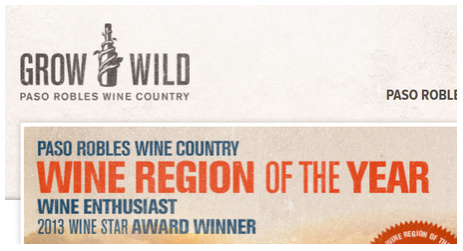 This is an excerpt from my ebook ‘Building Your Brand’ which will be launching on Kindle this week.

At one time I was on the board of directors of a winemaker and winegrowers’ alliance.  It was called the Paso Robles Vintners & Growers Association.  What a mouthful.  The association was stuck in a time warp, living in a era almost 20 years behind the times.  The area was overlooked by all the major wine critics and magazines.  It was a black hole, declared too hot and dusty to ever be a premium wine region.  Now, it is one of the most acclaimed California winegrowing regions.  But at the time, it was a dispirited little group, and the office staff answered the phones, when they bothered to answered at all, by just saying, “PRVGA.” I could swear I heard the receptionist cracking gum a couple of times.

However, during that tenure I was fortunate to serve with a magical group of people who were tired of the old guard approach and not afraid to roll up their sleeves and dig in.  Between us, we tore the whole organization down to bedrock and rebuilt it into something vital and thriving.  (Although in order to do that, we tripled everyone’s stuck-in-another-era dues, which didn’t make us very popular at the time.  But that’s another story and another lesson.)

One of the contributions I made that I am most proud of, even ten years later, is that I insisted the organization change its name.  This was no easy task, and it took me two years of constantly stamping my size five feet to get it accomplished.  The board resisted because it meant changing a lot of legal and financial paperwork.  But the end result was worth it.  The area wanted to be recognized as a thriving wine country, and I insisted that in order for other people to think of us as a “wine country” we needed to believe it, say it, and then say it again, and again, and again.

Sometimes when I look back at that time, my brain tells me that in light of everything else the board accomplished—major trade shows, a million dollar marketing fund—it is a small thing.  But then my heart speaks up and reminds me that identity is not a small thing.  When we changed our name, when we changed the way we presented ourselves to the world, we changed the way we thought about ourselves.  We went from being an association of contentious, curmudgeonly farmers and winemakers to being an up and coming wine region.

It didn’t happen overnight.  But it did happen because we believed in it and we consistently reminded everyone, all the time.

And it makes me so proud and happy these days to say, “I’m from Paso Robles.  You know, the wine country.”